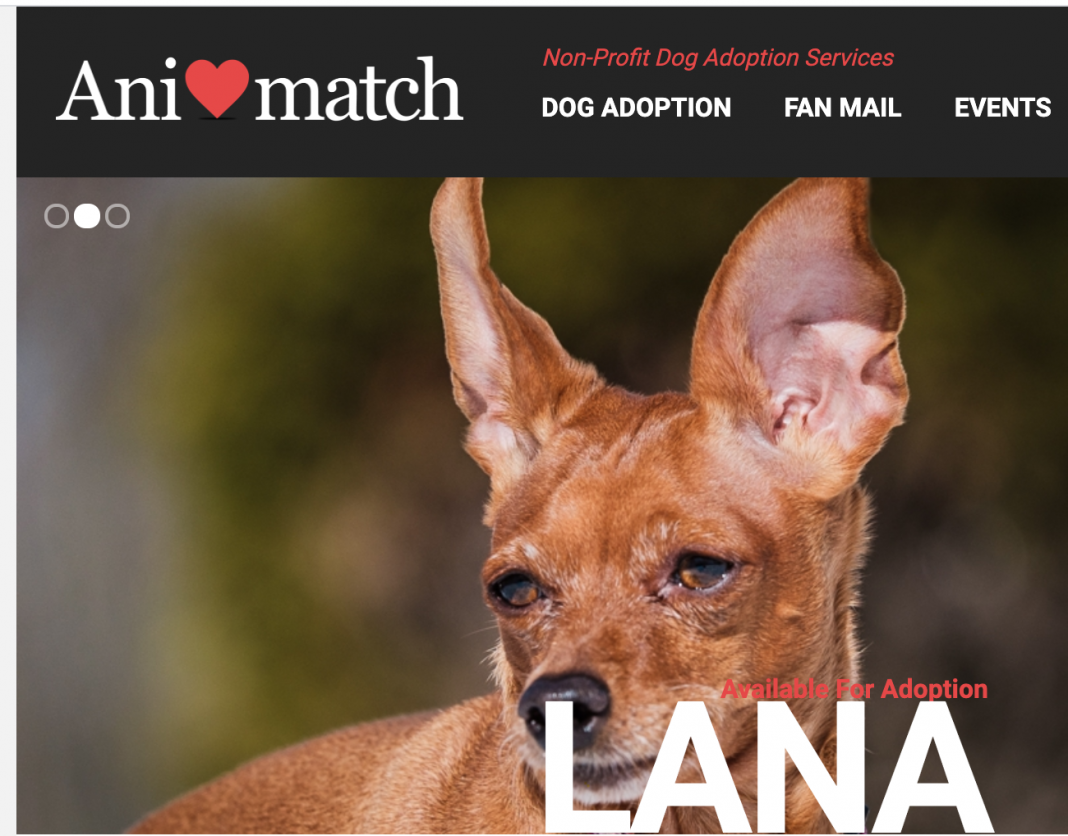 Animatch boasts a centre with accommodation for a dozen dogs and a dedicated team of volunteers. West Island Blog and Animatch have come together to help find our furry friends a forever home. Please share this post to help them find a home if you can. 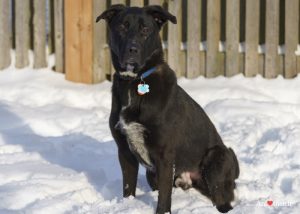 Smokey has had a few bumps in his short life, and has been at the top of our adoption page for quite a while. He was originally given up because his family no longer had time for him. He was adopted once, but returned because of his leash reactivity. This means that he reacts excitedly when he meets another dog on leash. It doesn’t mean he’s aggressive. But it’s something that his new guardian will have to watch. Smokey then spent some time at École de Formation des Intervenants Canins du Québec, and they did wonders with him. He has all his basic commands and is much better at socializing with other dogs. He has now moved into a foster home, and his Foster Mom says he enjoys playing with other dogs, but he can be a bit rough. He has come a long way as far as leash reactivity is concerned; his reactions are limited to dogs who misbehaving. Smokey is doing well with his Foster Mom, but he still longs for the day when he has a home he can call his own.
ELVIS-MALE-JACK RUSSEL TERRIER-5 YEARS OLD 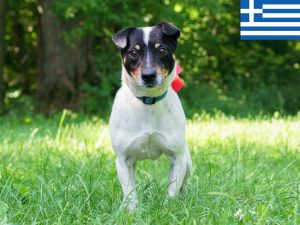 Elvis originally came from Greece, where he spent his first few years tied to a six-foot leash. He is a little bundle of energy and would thrive at agility, fly ball or obedience. He is somewhat bossy with other dogs, and so would do better as your one and only, as long as you don’t live in an apartment or condo. Elvis is now spending some time at École de Formation des Intervenants Canins du Québec and he’s an A student. If you can see yourself tossing a frisbee, hiking or running with this spunky fellow by your side, fill out the form and ask for Elvis.
CHAD-MALE-NORDIC MIX=6 MONTHS OLD-DOB SEPT 28 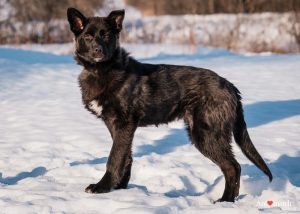 Chad came to us through the Nordic Paws Project. He is young, energetic and eager to learn. After spending a few weeks at the Animatch centre, he is now boarding at École de Formation des Intervenants Canins du Québec. They are giving him a head start at obedience training, with the emphasis on how not to resource guard. This is a common behavior in dogs who have had to fight for their food. Other than that,Chad gets along with other dogs, but not cats. If you have fifteen or so years to dedicate to this fellow who is dying to become your BFF, fill out the form and ask for Chad.
LANA-FEMALE-MINIATURE PINSCHER X- 7 YEARS OLD 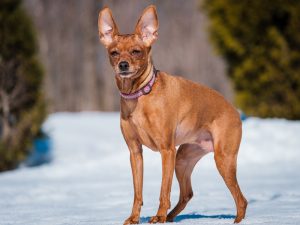 Lana and her ears are looking for a new forever home that comes with a patient, easy-going guardian. She was surrendered because she has accidents in the house. She will have to start her toilet training from square one. Because of this, Lana would do better with someone who is home at least part of the day. Despite her size, she is quite the watch dog, so no apartments or condos for her. An adult home would be best, as she can be intimidated by small children. If you think you could love her and have the patience to help her with her problem, fill out the form and ask for Lana. She’s waiting for you.

For more info on these dogs or the many
others available for adoption, please click on the heart

Animatch has humble beginnings. It was founded in 1999 by Helen Lacroix, a busy wife and mother. Her grassroots movement started around her kitchen table. Helen credits her parents with instilling in her their love and concern for animals. Today, Animatch boasts a centre with accommodation for a dozen dogs and a dedicated team of volunteers.