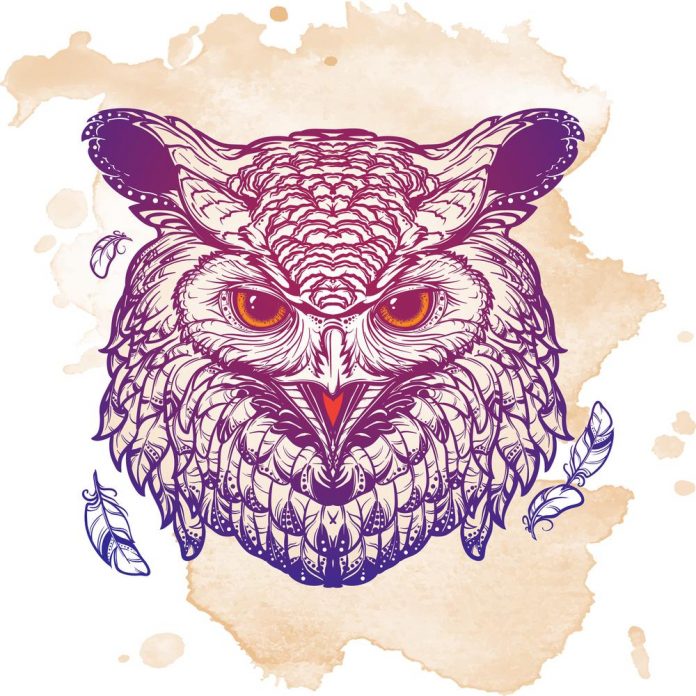 Even for birdwatchers, seeing a great horned owl is a rare scene. But most recently, one of these night birds slammed into the back of a Labrador woman, and the experience wasn’t good.

The woman by the name Carly Blake was shoveling outside her home in Rigolet one evening when she went to pick something from her backyard. Suddenly, she felt a strike in the back of her head.

“In my mind I was thinking [that] if somebody threw a snowball, that wouldn’t hit as hard,” Blake said.

“Then I was thinking the only thing out there was my pile of wood, and I thought maybe somebody might have picked up a hunk of wood and fired it, and hit me in the head.”

When she turned around to face the culprit, she was instead confronted by the shadow of a huge bird.

“I thought then, ‘Oh my God, a bird,'” Blake said. “And all I could think of then was claws, and what kind of damage is done to my head.”

The great horned owl that had struck her flew off, whereas Blade stood shocked and motionless, worried that it might have just retreated to the trees closer to her home and would attack again.

“I never heard a thing, not a sound, because they don’t make any noise. I didn’t know until I was banged in the head.”

The average weight of a great horned own is 1.4kg, almost the same that of a small bag of potatoes.

Blake suffered a cut, almost 4 inches along the top of her head, which required stitches, and a number of smaller cuts around the side of her head. However, the blunt-force trauma was very much shocking.

“Immediately after I got hit,” Blake said, “I put my hand up to my head and I could feel my head swelling up in my hand.”

David Wolfrey, a conversation officer for the Nunatsiavut government in Rigolet, said the big bird had been hanging around the area for the last few evenings, with some locals spotting it in the trees around their homes.

Wolfrey had just completed dinner when he got a call regarding the great horned own attacking Bake, and he and other conservation officials went searching for it. Given the attack, the officials killed the own when they finally found it.

It is unusual for the big bird to attack someone, he claimed. Wolfrey has seen so many owls in his life, but he has never seen, leave alone heard of one attacking a human.

“I never heard tell of a horned owl attacking a person,” said Wolfrey, “and I’m 60 years old. It’s something strange.”

Not one he has spoken with is familiar with such kind of behavior either, he added. In just one instance he has heard about, an owl purportedly attacked a trapper for his snared game.

“I talked to someone in the wildlife division this morning. She said she heard tell of a trapper one time getting attacked by a horned owl, but the trapper had rabbits on his back,” Wolfrey said. “So the horned owl must’ve been after the rabbits on that guy.”

Whereas a horned owl hunting rabbits makes sense, in this case, Blake was just standing in her backyard, said Wolfrey.

“I don’t know what the horned owl was thinking,” he said. “Must’ve been hungry, I guess.”

Blake concurs the owl may have been hungry, which she said is weird given the number of rabbits in the surrounding.

“There’s a lot of rabbits around,” Blake said. “So everyone is saying it’s strange that it would attack somebody with that amount of rabbits that are roaming around.”

The body of the owl has been sent to Happy Valley-Goose Bay for examination to determine if there were any other factors, such as illness, that may have caused it to become aggressive.

What Wolfrey cannot comprehend, however, is why the bird would go after a massive target when there were easier preys available. Before the great horned owl attacked Blake, there had been kids playing in the area.

“I don’t understand why he attacked a big adult when there were pets out around,” he said. “Thank God it wasn’t a child— it would have probably killed a child with the smack that she had.”

As strange a situation as it was, both Blake and Wolfrey are happy that not only did the bird not attack any child, but that the attack on the woman was not any worse.

“It was lucky that it hit her from the back of her head,” said Wolfrey. “Lucky that it never hit her in the face, or it would have been a different story.”