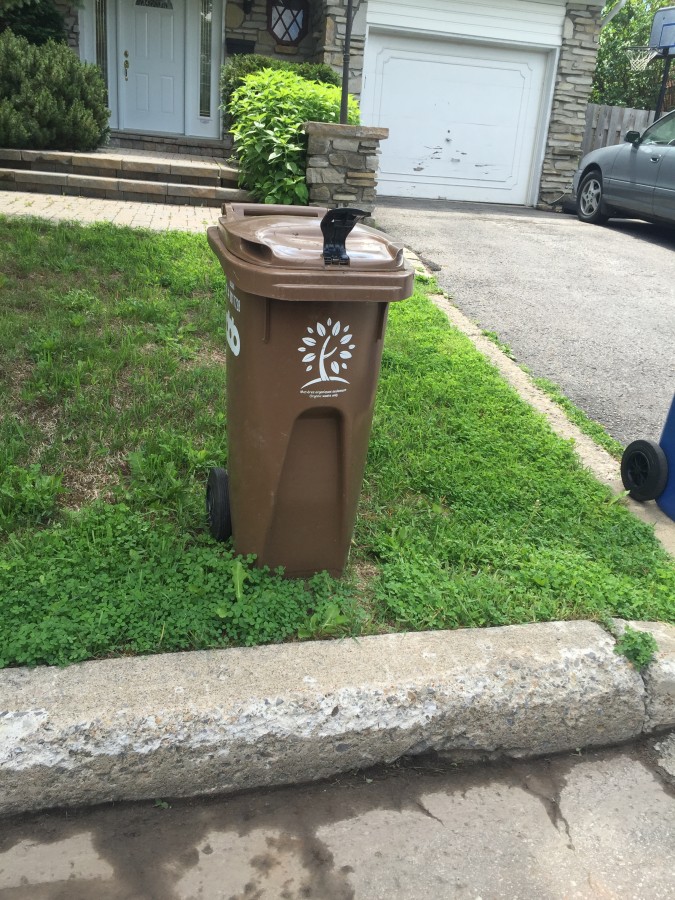 Municipalities across the West Island must prepare compulsory waste management reduction plans to be submitted to the provincial government by 2016. Landfill sites are reaching capacity on the island of Montreal forcing municipalities to address organic matter that will no longer be accepted under new regulations put forth this year. Cities are coming up with strategies that all have the common theme of diverting organic materials to composting sites.

Organic matter is made up of two main categories of residue including all cooked and uncooked table scraps such as fruits vegetables, meat, bones, bread, pasta, dairy, cereals, kleenex and paper towels as well as garden residue such as small branches, grass, leaves and flowers. Most cities have a list of what is accepted in organic pick up on their websites.

Kirkland, Dollard des Ormeaux, Dorval, Ste. Anne de Bellevue and Pointe Claire all have organic waste pick up each week. Organic matter is composted in industrial compost units diverting this matter from landfill sites. Industrial composting can handle meats and fats which are not compostable in at home compost units.

Beaconsfield is the only city with no household organic pick up though has a garden waste pick up 8 times in 2014 increasing to 32 pick ups by 2016. Residents of Beaconsfield are encouraged to compost on their properties unlike other neighbouring cities. Composter units are currently available free at public works to residents with proof of residency. Composting at home sends meats, dairy and fats to landfills sites contrary to an industrial compost approach.

In Beaconsfield, meat products and fats are to be placed in the regular garbage bin under the new “pay as you throw” program to be enforced this coming December.  Each home will need to choose their bin size based on their garbage consumption before September or be provided a default medium sized bin.  Each pick up, come January 2016, will be charged individually.  No extra garbage will be accepted if placed next to the bin, so residents are encouraged to take the bin size that best suits their needs for the whole year.

“By choosing a bin size that will cover your maximum needs for a 7 day period, extra garbage should not be an issue,” Beaconsfield’s director of public works Andrew Duffield said in an email exchange.   “Any garbage that will not fit into your bin has to be either kept by you for the next pickup or put into a neighbour’s bin that is being put out – with their permission of course.”

Based on a pilot project implemented in recent years, Beaconsfield joined the ranks of other cities like DDO, Dorval and Kirkland this year who have seen tremendous reduction in waste to landfill based on green residue pick up.

Bins are complementary in some cities and not in others. Beaconsfield will be providing a bin with an electronic chip to monitor garbage this fall. Kirkland does not provide garbage bins.

“Our residents are allowed to put garbage out next to their regular bin should they need to,” Kirkland’s director general Joe Sanalitro told The  Suburban.  “We do not provide garbage bins to our citizens. They can use plastic bags to dispose of their garbage. The city provides a brown bin for organic collection and a blue bin for recycling collection.”

Pointe Claire has reduced their garbage pick up to once every two weeks with organic pick up every week. As reported by The Suburban in recent weeks, some residents with young children and pets are finding it difficult to manage diapers and pet waste that is not accepted in the weekly organic pick up.  A petition with more than 500 signatures has been put forth by residents in protest of reduced services.

Dead leaves in most cities are not to be put in household waste collections.  Kirkland, Beaconsfield and Dorval have special pickups that take dead leaves to local composting sites where compost is prepared for residents future use.  Leaves are usually picked up in paper bags in the fall.

A trend in grasscycling has also made a dent in waste heading to landfill on the West Island. This is the process where leaves and grass are chopped up by a lawn mower and spread evenly over the lawn to act as a fertilizer.