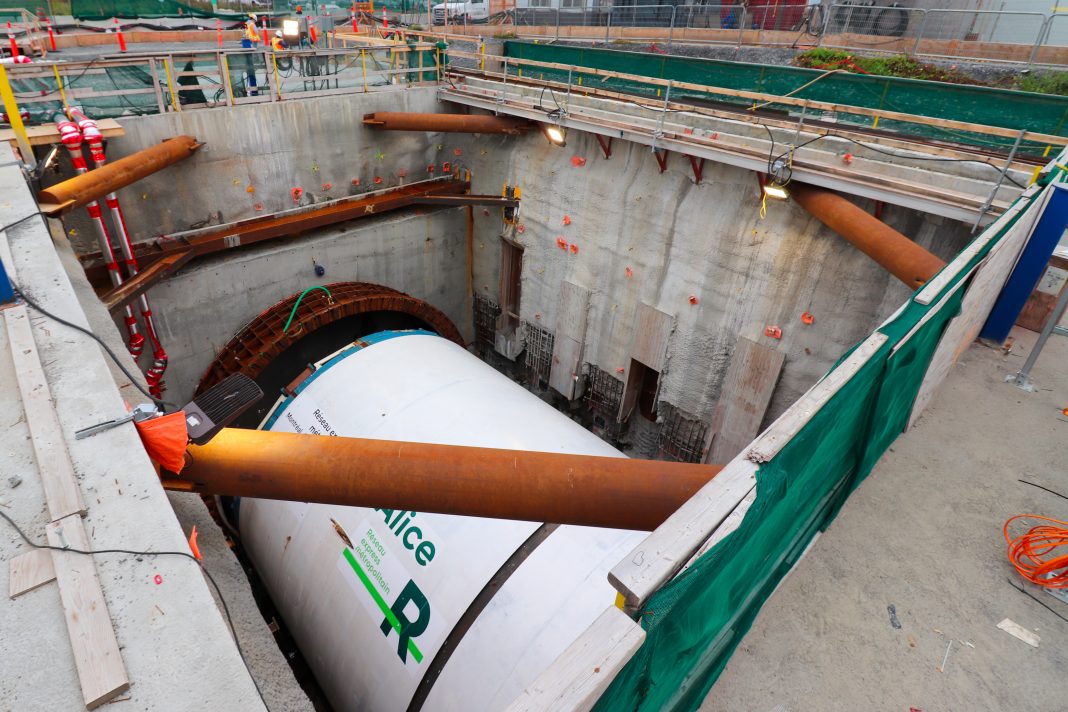 Alice, the tunnel-boring machine, named by the public after more than 1,400 proposals, began its long journey to the Montreal airport.

The tunnel-boring machine must dig a 3 km tunnel between the REM’s Marie-Curie station (in the Technoparc sector) and Montreal-Trudeau Airport. This REM antenna is scheduled to be in service in 2023. The TBM route will be underground in this sector to protect the wetlands of the Technoparc and pass under the airport runways, more than 30 metres below the surface. This is an unprecedented situation in Montreal and Quebec. Until now, the construction of the subway had been systematically carried out by drilling and blasting. This is the first time that a tunnel-boring machine of this type, capable of both digging the rock and assembling the tunnel, has been used.

A tunnel boring machine is a mobile plant that advances as the work progresses. This gigantic circular machine is over 150 metres long and includes several specialized machines, a conveyor belt, a control cabin and about ten workers inside (operators, mechanics, electricians and handlers). To find out more about the operation of the tunnel-boring machine, we invite you to read the news available here.

To simplify its operation, here are the 3 main operations carried out by the TBM:

To stay updated with all the latest details about the REM construction, visit the REM Website