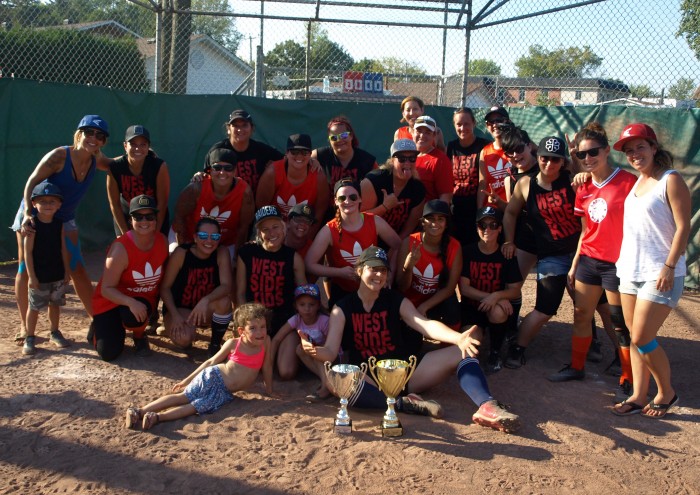 The first edition of the all-female softball tournament Softball dans l’AJOI took place on September 22nd, 23rd and 24th, at St-Charles Park, in Dorval. The sporting benefit event, an initiative of a volunteer from AJOI, attracted more than 50 participants, and the same number of spectators.Mr. Edgar Rouleau, mayor of the City of Dorval, opened the tournament on Friday evening, by throwing out the ceremonial first pitch.

The organization would like to thank all of the women who participated in the tournament with love for sport and youth. The combined efforts of all involved raised $4,500, which was donated to AJOI, for the AJOIH project.

Since 2007, AJOI’s mission is to establish and maintain outreach street work intervention with at-risk youth aged from 12 to 25 years old on the West Island of Montreal. With AJOIH, the organization wants to create the first temporary housing resource on the West Island to help young people aged from 18 to 35 years struggling with residential instability.