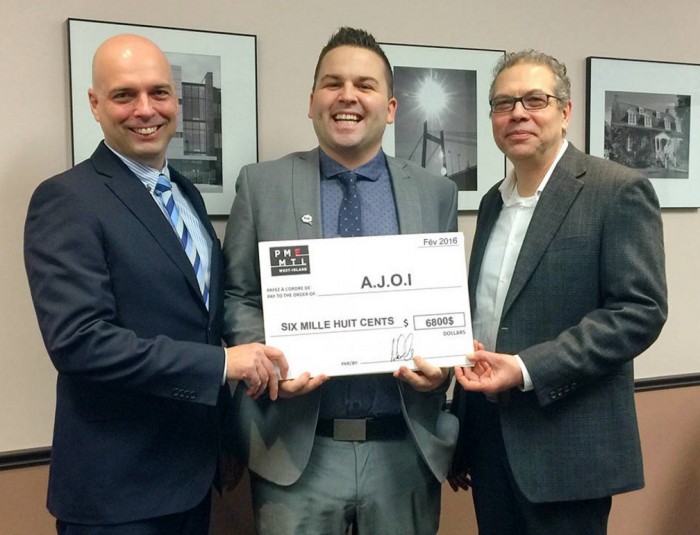 Since the summer of 2013, Action Jeunesse de L’Ouest de L’Ile has been lobbying  to get attention from decision makers in our community to get involved in the construction of a Shelter on the West Island. A study was publish in July 2014 Le phénomène de la domiciliation précaire chez de jeunes adultes dans la zone Ouest-de-l’Île de Montréal that identified different types of homelessness like “couchsurfing” and “crowding” on the West Island. That research was funded by  Montreal and conducted by the University of Québec in Montreal (UQAM).

“We have tried over the past year to get funding for all the necessary planning from many foundations and private investors, but startups are very high risk and the amount of worthy causes in our community made it so that we had to think outside of the box,” Director of AJOI Benoit Langevin said.

According to Langevin, as a result, PME West Island committed to funding 80% of an  opportunity study for a 14 beds with 72 hour emergency housing in our community.

“The lack of transportation in our community tends to isolate at risk youth and force them out of the WI to get specialized resources such has emergency housing,” Langevin explained.  “If we deal with the problem here in the WI, the reintegration process of youth living in a precarious environment is shorter than uprooting the individual in an other community. To have a family living near by and a sense of belonging to a community has a big part to play in reducing the time of a costly homeless youth episode.”

AJOI aims to improve the quality of life of young people and break the denial of poverty of the West Island. One of their objectives is to patrol the streets, parks, green spaces, and other public areas to meet and build links with the youth. This type of intervention helps build a sense of trust between the youth and the workers.

AJOI distributed/exchanged 1335 syringes to residents of the WI. The organisation returned 1245 syringes to the proper resource. These actions are done with a harm reduction approach linked to substance abuse. (2013-2014 : 415 syringes distributed/ returned).

AJOI prevented minor acts of delinquency thanks to its constant presence within public spaces devoid of significant adults.

AJOI invested 396 hours in collaboration with various organizations to promote partnership within the WI.