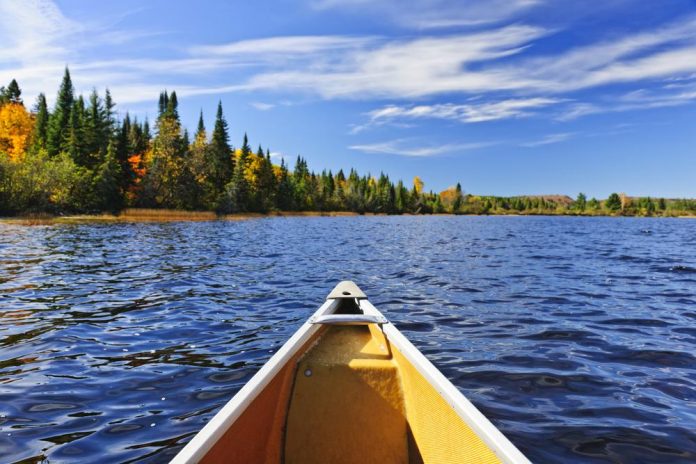 Dillon Anthony, the man who covered 225 kilometers on his on in canoes journey, says he has a newfound respect for River Miramichi.

He added that the river is quite stunning particularly when you traverse a huge portion of it.

He noted that its outline changes at very turn. He noted that he encountered a few challenges along the way, but they were all worth it.

The musician and photographer, who happens to be a member of the Kill Chicago, said he is putting together a documentary of his experience, titled the Half Moon the Sea. It will be Anthony’s first self-directed film.

He set out for the journey from Half Moon Cove on the 17th of May. There was a film crew during the launch.

Throughout his adventure, he did some recording. He had several cameras attached to his canoe, several more in water-tight cases. He also had with him a drone.

The film crew met up with him on day 3, at the Princeville footbridge and also at the end of the trip in Miramachi Bay.

He said that it took an entire week to plan, but eventually he made it.

Anthony was raised along the banks of the Miramachi River, and most of his children involved canoeing. Most members of his family worked as river guides.

He noted that the rough upriver segment of the Miramichi presented him an irresistible challenge to seek adventure.

He went on a trial run on the toughest section of the river last summer with his partner in tow to prepare.

He noted that at the start of the journey, he found it physically draining. At some point, it even got dangerous.

He remembers that at one point he was in the initial stages of the journey when it started lighting up all around him.

He was tempted to exit the mid rapid over a rocky slope or continue for another quarter-hour to the nearest camp. Fortunately for him, lightning was miles away, just enough to be frightening, but not serious.

He got to the nearest camp just as the sky was clearing, then it started pouring.

He added that the other challenge he encountered was headwinds. On day 3 he encountered the strongest of them all, which slowed him some through a 50-km stretch between Doaktown and Trout Brook Falls. During that phase, he opted to pole amongst other frantic measures.

Anthony even resorted to speaking to the wind, urging it to move in his direction, but that did not work, he mused.

On the eve of day 4, he felt relaxed as a gentle tailwind urged him on along towards Blackville.

However, things got rough as he neared the end of his journey as he chanced upon the sea’s tidal influence, which worked against his progress.

Now that that experience is past him, he plans to perform a number of edits to by end of the summer, so that they can have them sent to the people at the film festival.