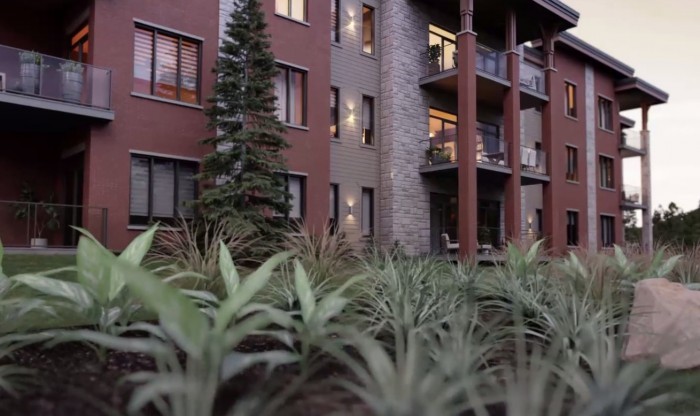 At the September, public consultation meeting in Beaconsfield, a presentation of the proposed changes to the Adamus condo project was presented by the city’s urban planning department heads. Several concerns were brought to light regarding the height of the structure and where the measurements would be taken, given that the land, where the new 140 plus condos, has a definite slope.

The end of the meeting still had residents scratching their heads as to how the result would impact the surrounding area. For some, it appeared the new building would tower over their existing homes, while for others, the recessed proposed fourth story or penthouse floor would grant more privacy for those in adjacent townhouses all the while having to maintain the required city regulations of 13 meters in height. Some held concerns about traffic being increased while others were certain anything would be better than the 2,000 cars that came and went at rush hour during the Club West Island days.

It is not customary for developers to speak during an official public meeting to clarify and offer a venue for discussion, K.F. Construction has reserved the Herb Linder Annex at Beaconsfield City Hall, on Monday, October 17 at 7 p.m., to give citizens an opportunity to ask questions and get a clear understanding of the changes they wish to make to the original concept already accepted by the city.

The proposed structure will have 41 units on the first floor designed for adaptive living, will maintain 65% green space and have 236 indoor parking spots with guest parking inside. The developer will compare and contrast visually both the three-story version of the 13 meter buildings and the four-story version at the same height in the meeting for those who were unclear after the public consultation.

Meeting will be held at City Hall on Monday, October 17 at 7 p.m.