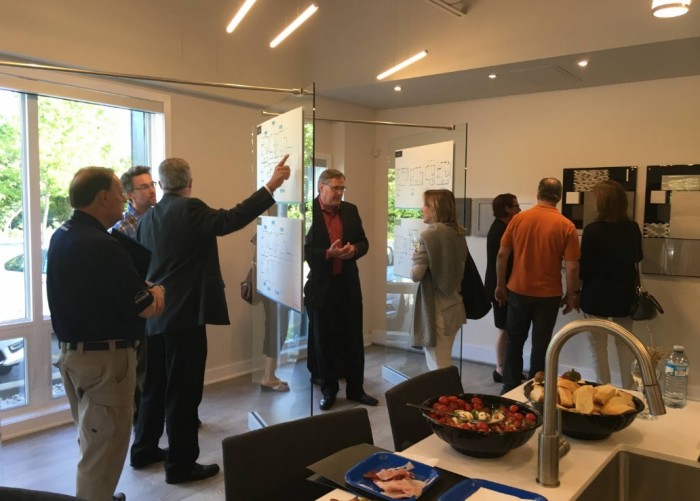 The cocktail evening was held on June 15, at the site where a showroom has been installed.  The mock condo unit and sales office shows off the plans for the 20 apartments that were granted municipal permits earlier in May.  There are 11 plans to choose from ranging in size from 692 square feet to 1,669 square feet for two or three bedroom units. High-end bathrooms concepts are shown in neutral tones as well as a full functioning kitchen with an island that on this night was reserved for snacks for visitors.

“I think we need this kind of housing stock in Beaconsfield,” Beaconsfield Councillor Pierre Demers stated during the event. “Judging by the amount of people who showed up tonight, this is an attractive product.  If you want to downsize in Beaconsfield there are not enough choices currently available.”

According to Real Estate Manager for the project, Bernard McHugh, the online registration,  that was launched earlier in the week, already has 116 names on it. 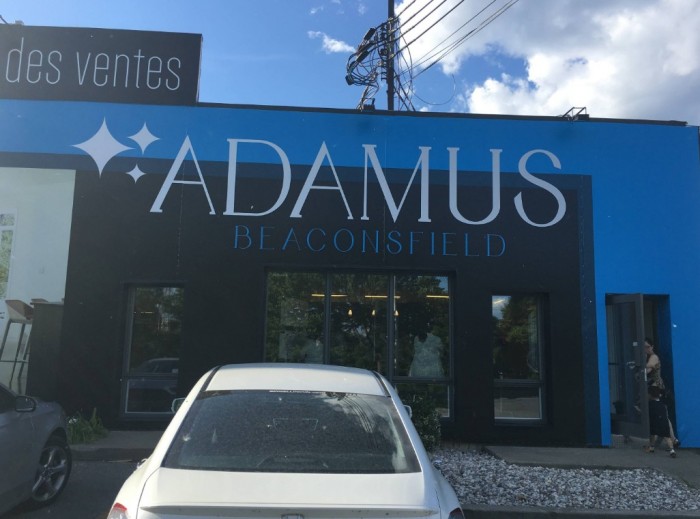 “So far we only opened up the registration to Beaconsfield residents,” Mchugh stated. “The website went live at the beginning of the week and we have had 2,000 visitors. We are very positive about the project. There is tremendous interest.”

The building will feature floors, columns, and beams of steel and concrete, a brick exterior, PVC style windows.  Each unit will have an air exchanger unit and a balcony or terrace. There will also be a common area in the atrium.  The heating system within the units is electric with individual unit controls. Units will have a ceiling height of nine feet.  The building will have an elevator and 37 inside parking spaces.

More information can be found at www.adamus.ca