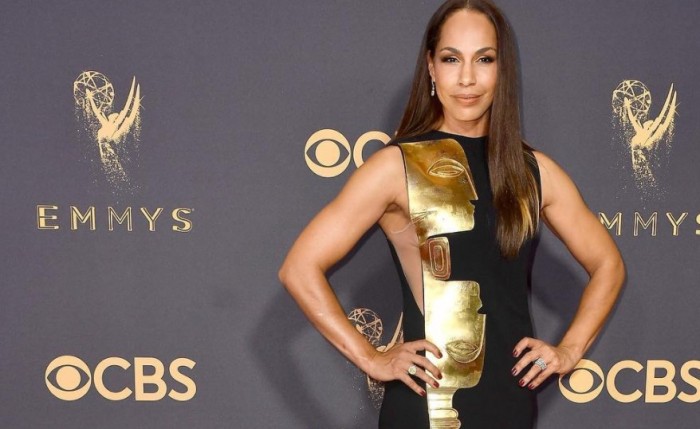 Here is a look at some Canadian highlights:

CanLit legend Margaret Atwood was the toast of Tinseltown as “The Handmaid’s Tale,” based on her 1985 dystopian novel, won eight trophies. The Toronto author, who donned a bright red kimono, received a standing ovation as she joined the show’s team onstage to help accept the trophy for best drama series. Atwood, who makes a brief cameo and was a consulting producer on the series, also got many shoutouts throughout the night from stars on the red carpet and on stage. The show’s other trophies included best drama writing, best directing and a best actress statue for Elisabeth Moss, who told Atwood in her acceptance speech: “Thank you for what you did in 1985, and thank you for what you continue to do for all of us.”

Atwood is but one of several Canadian connections to the chilling series about a totalitarian theocracy that makes women property of the state and forces some to bear children for infertile couples. The Hulu show, which aired on Bravo in Canada, has many Canadian crew members and was shot in Ontario cities, including Toronto, Hamilton and Cambridge. Actress Amanda Brugel of Pointe-Claire, Que., also has a major role of Rita, a household servant. Brugel, who has been promoted to series regular for Season 2, was also at the Emmys.

Montreal’s Jean-Marc Vallee won the award for best directing in a limited series for “Big Little Lies,” which took home eight trophies. Vallee was also executive producer on the HBO show, about a murder mystery in a tony California community. The show had 16 nominations in total, including one for Montreal cinematographer Yves Belanger and several for other local crew members, from picture editors to sound mixers and costume designers. The Montreal team said Vallee fought hard to ensure post-production would happen in the Quebec city. In her acceptance speech for her supporting role on “Big Little Lies,” Laura Dern praised Vallee’s “brilliance” and “bravery.”

The Toronto-born creator of “Saturday Night Live” won yet another Emmy for the variety sketch series, which landed nine awards. In his acceptance speech, he touched on how the show is resonating in the Donald Trump era: “I remember the first time we won this award. It was after our first season in 1976. And I remember thinking as I was standing there alone that this was it. This was the high point. There would never be another season as crazy, as unpredictable, as frightening, as exhausting, or as exhilarating. Turns out I was wrong.”