Marché J.R Richard & fils has been sold and will soon become Coop Bellevue, under the Metro banner.

Lucien Richard founded Marché Richard in 1934, on rue Legault in Sainte-Anne-de-Bellevue. In the early days, the Marché would deliver groceries on a horse carriage.

His son Raymond, who had left school to help his father, took over of the business when Lucien passed away.

He later married Louise Godin, the mayor’s daughter and they had three sons. All three, along with their own children, have been involved in the family business throughout the years.

For many years,  on Christmas Eve after the day was done, the Richard family and friends would get together in the back store to celebrate. Everyone would sit on milk cases, the late Malette brothers would pull out their guitars, and everyone, including yours truly, would sing.

In a heartfelt Facebook post, the Richard family said the following: “We wanted to say thank you from the bottom of our heart. It is because of each and every one of you that this little family business survived for 85 years. We also wanted to thank our employees and friends for their generosity and hard work throughout the years.”

Brothers François, Daniel and Bruno remain onboard to ensure a smooth transition and all employees remain on staff. 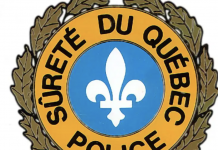 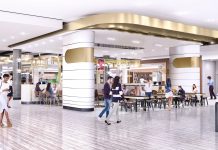 PHOTOS: Sir John Abbott Mansion is for sale for $9.9 million

Ultramar in Roxboro to stand by customers during gas inquiry

Home Alone to be filmed in the West Island this month