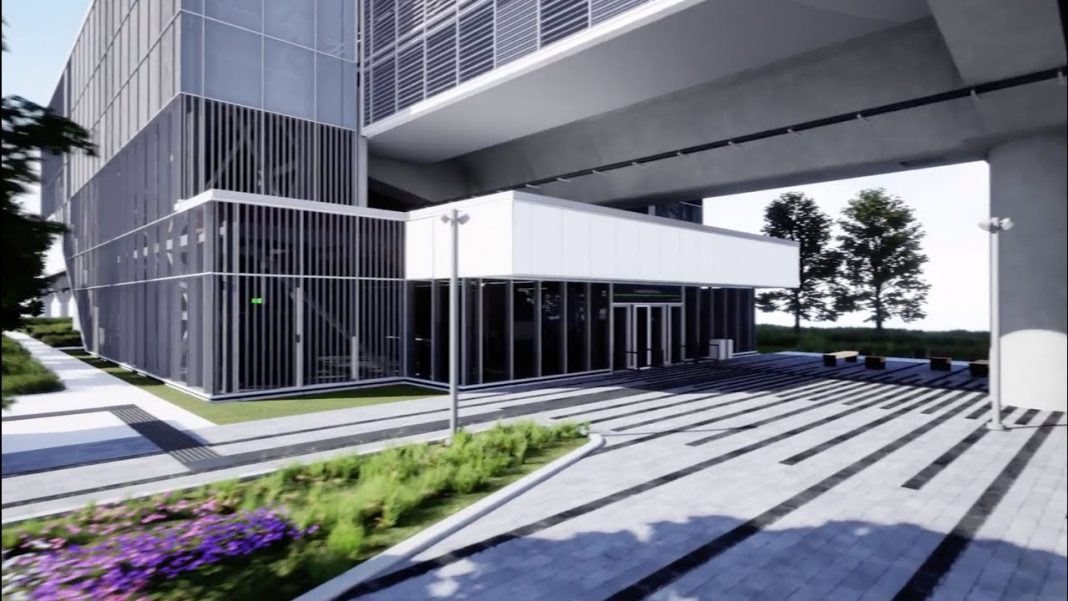 Quebecers can virtually visit a first station of the Réseau express métropolitain thanks to a 3D video. Using a technology similar to video games, this video realization allows to immerse oneself in the environment of the future REM aerial station.

The REM Fairview-Pointe-Claire station will be one of the six aerial stations of the REM, which will include 26 stations. This video clearly demonstrates the integration of an aerial structure into its environment. This type of structure allows these future REM stations to serve thousands of people without fragmenting the territory by keeping the vast majority of pedestrians, bicycle and road access open. It also limits the footprint and minimizes the impact on roads by spanning the highway 40’s entrance and exit ramps. It also guarantees the REM users a direct access to downtown in less than 30 minutes, over the traffic.

The REM stations all respect the same major architectural principles and integrate the notions of transparency, movement and wood. However, each station adapts to its context of insertion and has its own typology (underground, trench, level or aerial). As you can see in the video, the aerial stations are distinguished by their vertical volumes. It’s the first time Quebecers will see this type of structure in their landscape.