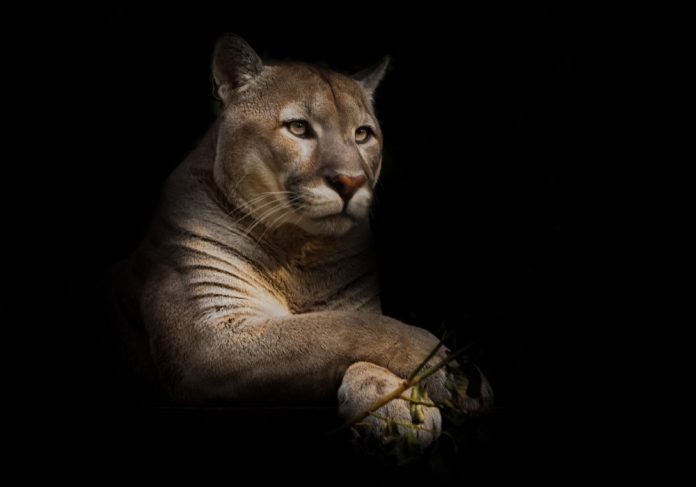 Many residents of Langley, B.C. have never seen a cougar, but on Wednesday, one entered the parkade of Leone’s condo building near 196 Street. The condo is just a block from the Willowbrook Mall.

A camera in the building captured the big Cat, and a video circulated on social media. Many Langley residents have never seen wildlife such as cougar or bear in that area.

The cougar was spotted in an area on the border of the City of Surrey and Langley, which is highly developed. It is a contrast given that cougar lives in mountains and forests.

Some of the building’s residents thought it was an early April fool’s prank when they first watched. But when they confirmed on security camera footage, they realize that indeed a cougar was in the building.

The animal had been strolling in the city and was even recorded entering the building parking on Wednesday 31st, 2021, at 11:07 p.m. An unsuspecting driver even drove their sedan down the parking, but the cat sprints toward the exit.

In the Tri-Cities of Port Moody, Coquitlam, and Port Coquitlam, cougars were reported to have attacked several pets last month. In March, conservation officer service killed three different big cats that they say had lost their fear of humans. The service says the cougar sighted might be on the hunt for deer, which sometimes wander into urban areas.

The officer believes that the cougar is afraid of humans since it fled when a driver honked its horn. If anyone spots a cougar, the conservation officers report to the province by calling 1-877-952-7277