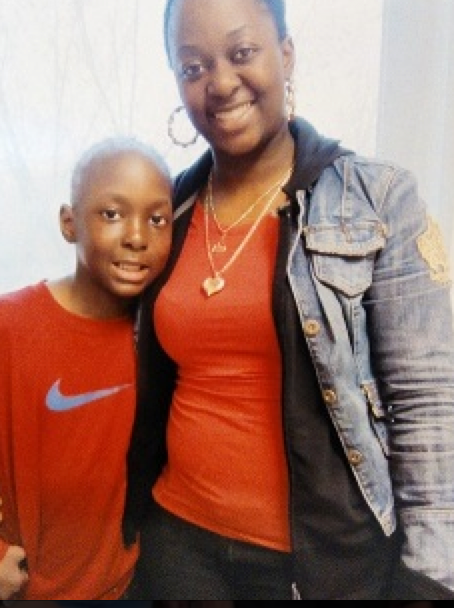 For 10-year-old Eli, the past year has been like a new lease on life. Eli was diagnosed with sickle cell disease at eight months old and in the years that followed, he was hospitalized at the Montreal Children’s Hospital many times whenever he experienced a crisis and needed treatment. “Barely a year went by that he wasn’t admitted to the Children’s,” says his mother Manuella.

Sickle cell anemia is a type of blood disease that is present at birth. It can only develop in a child if both parents carry the sickle cell gene, and for these couples, there is a one in four chance that each of the their children will have the disease.

Looking at the options

In sickle cell anemia, red blood cells are irregularly shaped, have a shortened lifespan, and can inhibit blood flow and delivery of oxygen to various parts of the body. The resulting symptoms of the disease commonly include episodic pain, called acute pain crises, and increased risk of infection.

Manuella recalls learning about stem cell transplantation for sickle cell when Eli was about four years old. “I talked to his doctors about it but Eli wasn’t doing too badly at the time, and they suggested we wait a while before considering it.” Five years later, however, after many more hospitalizations which usually lasted a week at a time, it became evident that a transplant might be Eli’s best option.

Keeping it in the family

A stem cell transplant is a serious decision for any family to make, especially considering the most likely match for a stem cell donor is a patient’s sibling. In Eli’s case, that’s exactly what happened. “Eli’s younger brother Ethan, who doesn’t have sickle cell disease, turned out to be an almost perfect match,” says Manuella. “I didn’t really need to have a big conversation with Ethan. When I explained to him that he was going to be able to help his big brother he just said ‘ok’ and that was that.”

In preparation for the transplant, Eli was given medications to deplete his bone marrow and suppress his immune system, a process which actually helps the body receive new stem cells without rejecting them. On March 19, 2014, both boys were admitted to the Children’s, and Eli was placed in isolation. As a stem cell donor, Ethan had to undergo a surgical procedure to remove some of his bone marrow which contained stem cells that were then given to Eli. “We were told that Ethan would only feel a little pain in his back from the procedure,” says Manuella.

Ready for a new chapter

Ethan was able to go home the next day, but Eli’s stay lasted more than two weeks while his care team closely monitored his progress. For a transplant recipient like Eli, the new stem cells injected into the blood stream eventually settle in the bone marrow and start producing new blood. “He got stronger every day,” says Manuella. “The team did all sorts of tests to make sure his blood work was fine and most important, that his immune system was ready for the outside world.”

One year later, Eli is doing great. He is full of energy and hasn’t had to miss any school since having the transplant. He now has follow-up appointments at the Children’s every six weeks. “The doctors have told us that Eli’s blood is now pretty much from Ethan’s stem cells,” says Manuella.

While Manuella acknowledges that a stem cell transplant is a serious and sometimes risky procedure, she also says that for their family, it offered hope for Eli’s future. “I just felt if there’s something we can do to make his life better, then we have to do it.”

This post was graciously shared by the Montreal Children’s Hospital – for more information please visit www.thechildren.com/patients-families