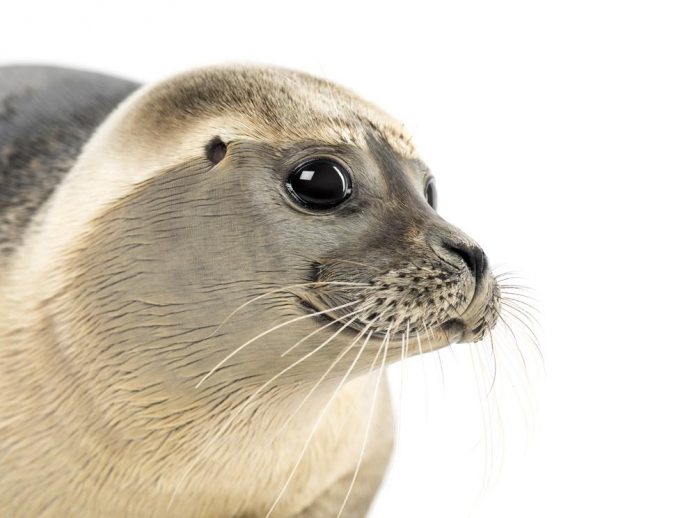 Following a 90-minute staredown with first responders as well as a crowd of curious eyewitnesses on the road near the north shore of P.E.I Sunday, an 800lbs wayward seal eventually turned around and started to hump the 500 meters back to sea.

It is at least the third time police on Prince Edward Island have responded to a seal that found its way onto a road far from the ocean.

“They can move pretty quickly,”

said Ron McConnell, president of the P.E.I. Emergency Animal Response Team, who was at the location Saturday along with DFO officers, RCMP and Tyne Valley firefighters.

“They sort of hump, hump, hump their way along and it’s really neat to watch them, the blubber is shaking but it’s just amazing to watch how agile these big animals are.”

Joel Edward and his daughter were driving home from hockey along Route 12 in Birch Hill around 11 a.m. when he spotted something “big and dark” on the road. After realizing it was a seal, Edward pulled over and called RCMP. He left shortly after RCMP arrived.

McConnell said he was notified by the Marine Animal Response Society in Halifax. When he arrived, the seal was “lounging” on a snowbank on the roadside.

“He’s a big boy, we figured between 600 and 800 pounds so we weren’t about to walk in and pick him up and carry him back to the water,” he said.

“We tried a couple things, tried coaxing him along with a side by side all-terrain vehicle. He wasn’t impressed with that. He turned it around and gave it a bump and the operator said, “OK, never mind’ and backed up and got out of that scene.”

They chose to wait him out and at long last, the seal started to make its way through a field toward Malpeque Bay. DFO officers followed him to make sure he was fine, McConnell added.

In February, Charlottetown police rescued a youngster seal from a city street and transported it back to water in the back of a cruiser. Three days later, Queens RCMP responded to another call of another youngster who had traveled far from the water.

As per the Marine Animal Response Society, record-low ice levels are driving the animals ashore.

McConell, whose team usually deals with domestic animals, said the dealing was a full-grown male seal was quite out of his “comfort zone but was happy to help any way he could.

“Usually it’s cats, dogs and horses and stuff and here we are with 800-pounds of marine mammal and it’s ‘OK, what do we do now?’ It’s a learning experience but it’s great that we can assist these other organizations.”