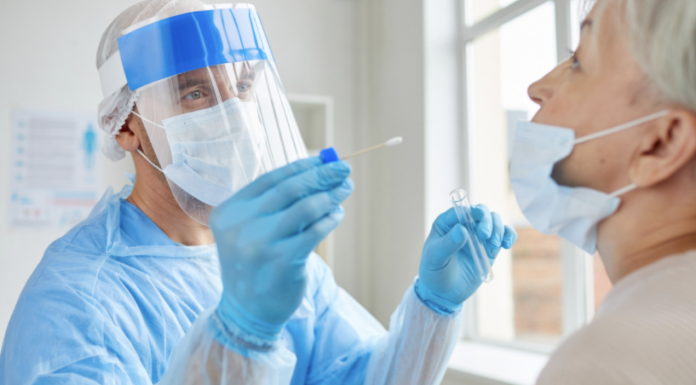 On December 25, the Cambridge in Pointe-Claire is next in the long lineup of seniors facilities to be struck by the COVID-19 virus. The exposure started with two cases at the outset and spread to infect 62 people within a week, eight resulting in death.

“Cambridge residents were in lockdown from December 20 to January 4, 2021,” stated Cambridge’s PR officier, Claude-André Mayrand.  “Each and every one of them received a letter to inform them of the situation, the first one back on December 11th when the first case was discovered. The dining room was closed during the Holidays, and no activity was held there.  The dinning room will be closed until at least February 8th and that no activities were held there during the Holidays. The residents were in confinement starting December 20th.”

According to one caregiver that preferred to remain anonymous, the dining room was indeed the cause of the outbreak. It had been reopened, and gatherings planned, which was contary to public health regulations. As the Cambridge is a private residence, its owner required some coaxing to abide by the rules.

“As for residence staff, agency subcontracting is a common practice,” the person stated. “Blame should not be placed on staff who are just trying to make a living under very difficult conditions, or on residents who may have been asymptomatic and therefore unaware that they were infected.”

The facility has 530 units with a mixed-use; residence for seniors, retirement homes with care, and assisted living and private seniors residences.

“The situation at the Cambridge is another example of why Mr. Legault needs to launch a public inquiry into what happened in our CHSLDs and private residences during the pandemic,” stated MNA for Jacques Cartier, Greg Kelley. “Despite what happened in the first wave the government seems to still be struggling to protect those who are the most vulnerable during the second. The government needs to continue to do seniors’spot checks in our seniors homes to make sure they’re respecting the rules. This is what I will be fighting for when I go back to Quebec City. I will be asking our Health Minister, Mr. Dubé, for answers.”