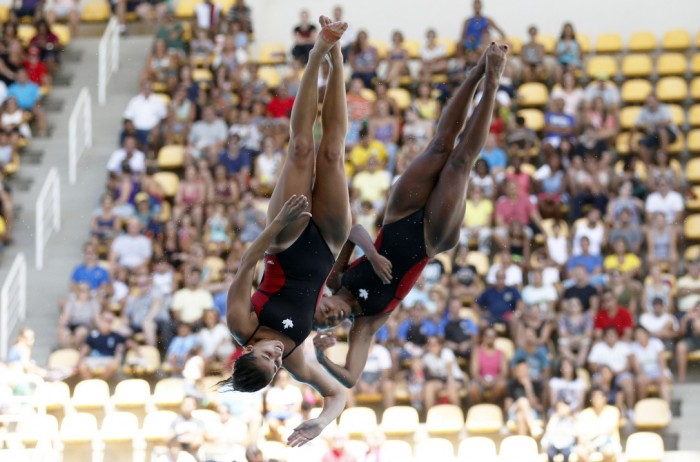 “We feel very honoured when members of our Dive Club compete abroad as part of a major event leading up to the Olympic Games,” says Mayor Trudeau. “These divers are models for our young athletes who dream of representing Canada at world-class competitions.” The World Cup is a qualifying event for the Olympic Games to be held in Brazil this summer.

Jennifer Abel took second place on the podium, along with her teammate Pamela Ware, following their performance at the synchro 3-metre springboard event. She also won a medal when she came in third at the individual event. Roseline Filion, who took sixth place at the women’s 10-metre competition despite an injured ankle, can claim mission accomplished, having opened up a second spot for the Canadian diving team at the summer 2016 Olympic Games. Vincent Riendeau came in twentieth at the individual 10-metre event, and he also came in seventh at the synchro 10-metre event with Philippe Gagné. He still stands a good chance of getting a ticket to Brazil on an individual basis.

“These young people are a source of pride for the Pointe-Claire community,” says Mayor Trudeau. “They’re also a constant source of inspiration for members of our Dive Club. I hope residents will keep on encouraging them as they continue to give outstanding performances at the international level in the sport that they love.”