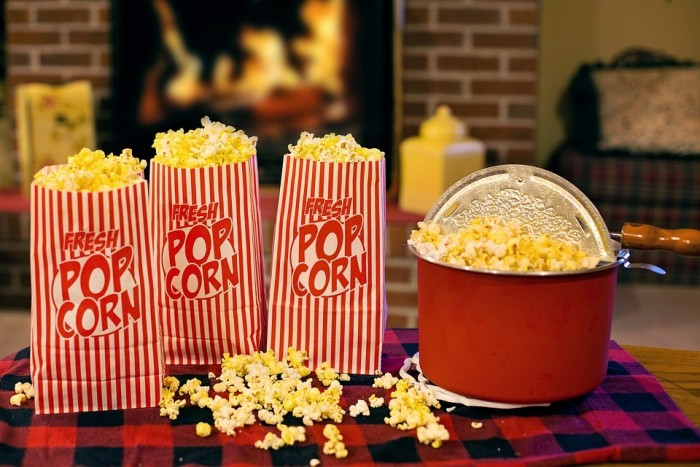 Whenever we find out that the movies we are watching just so happened to be filmed in Montréal, our beloved city, we can’t help but feel proud and somehow privileged. It may seem odd to some, but really, it’s human nature, or at least is for those that have made pop culture and cinema a huge part of their lives.

If that’s you, then keep reading.

Over the years, quite a few films were actually shot in our beautiful city—from one end to the other—and as Richard Deschamps of CJAD once wrote: our city has been a definitive hotspot for Hollywood productions in recent years.

But what of those films you had no idea were shot in our very city? You’d be surprised to find out just what films from days gone by were filmed here and which stars made our city their home while production lasted.

We’re going back to the turn of the century for this one here but bear with us. The film flopped considerably at the box office, but the story was based on the much loved science-fiction novel by author L. Ron Hubbard with the same title. The film starred John Travolta, who also served as producer on the film, and Barry Pepper.

Before filming began at some point in 98-99, Travolta himself scouted locations in Canada, settling on an East-End Montréal abandoned mall complex that had become quite the eye-sore for the neighbourhood of RDP. The appearance of the film crew and the star himself drew quite the crowd on many a night.

Born in Ottawa, Ontario, Jay Baruchel has been racking up quite a number of performances over the years since his childhood and has established himself as a top performer in comedy films, particularly the productions of Judd Apatow and Seth Rogan. He moved to Montréal when he was young and was raised in the Notre-Dame-De-Grace region of the city.

Coincidently, the 2010 film, Good Neighbors was shot in that same area (funny how that happens, eh?) and the film is practically an ode to the culturally rich neighborhood, many shots depicting the architecture and harsh, harsh winter climate perfectly.

The film itself is considered to be a black comedy, but the mystery that unfolds frame by frame is quite classic and can be considered to be on the same level as anything Hitchcock ever did.

And just a year prior, the aforementioned Baruchel was also hard at work, this time in Lachine, Montréal, filming this adorable little film now considered to be a cult classic—despite its failure to make a profit in return for production costs—in the independent comedy genre. Scenes were shot at Lakeside Academy on Sherbrook Street.

The film also starred Emily Hampshire once again and the incomparable Colm Feore of Bon Cop, Bad Cop and Storm of the Century fame.

Perhaps a list like this would be considered incomplete if we left out this classic from the drama genre. And when we say Drama, we sure meant it, as this film was serious and intensely emotional, acted by a cast of professionals that have since become icons in their filed. Of course, we’re speaking of none other than Robert De Niro, Ed Harris and of course, Kathy Baker. The film dealt primarily with the subject of Post-Traumatic Stress Disorder common in returning American Vietnam veterans.

But the film’s principal scenes were in fact shot quite a ways away from America, most shots having been filmed in Montréal’s West Island, particularly a pivotal scene shot at the Fort Senneville, a historical landmark located in Senneville, Quebec, at the most Western tip of the Island. It was built in 1671 by the settlers and part of it still stands today.

The scenes seen in the movie at this location, featuring De Niro himself, are enough to make any citizen of Montréal proud and excited of its appearance in such a classic moment in Hollywood’s history.

Isaac Marion’s novel of the same name became quite the successful book a few years prior to the film’s release and his take on the Zombie genre was extraordinarily original to say the least, and the poetic and existential messages found within the seemingly simple dark comedy were quite poignant and beautiful, and all in one fell swoop.

Now although the film didn’t quite meet up to expectations, nor did it deliver the same messages that the book did, or at least not in the same way, it too has become the cult classic over the years as well.

And why does it make this list, you ask?

Why because it too was shot within the very confines of our very city. If you don’t believe us, take a look at the last few scenes of the climactic finale and you’ll surely recognize the outer portion of the Olympic Stadium, in all its glory. That’s right, the old Big O! Finally good for something other than car shows, that monstrosity of construction that it is.

So if you haven’t seen these great films, whether the classic ones or even the newer ones, we strongly urge you to. After all, it is your duty as a citizen of this great city to do so.

And, you’d be surprised how many more of your favorite films and Hollywood memories were shot in the very land you call home. So if you enjoyed this list and want to find out about more films shot and produced in this city, leave a comment below and we’ll get right on it for you.

So until next time … keep reading.