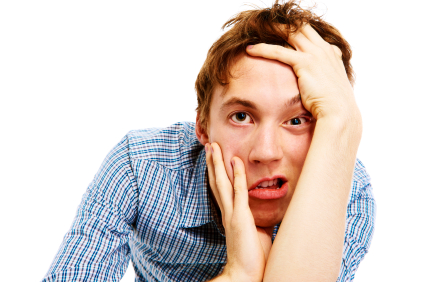 You can choose to live your life in all sorts of ways. You might be a cautious person, or you could act in ways that put you at risk. If something happens to you, you need to accept personal responsibility based on your choices.

We’ll go over a few of the riskier lifestyle choices you can make. It’s up to each person to determine whether to avoid these activities or embrace them.

You might injure yourself simply walking down the street if you trip over an uneven sidewalk patch. You could fall and hit your head, sustaining a TBI, though you weren’t doing something inherently risky.

However, if you live a daredevil lifestyle, that makes injuries much more likely. Maybe you crave an adrenaline rush, and nothing else can satisfy you.

You might go jet skiing, surfing, or snowboarding. Maybe you like rock climbing, base jumping, or sky diving.

All of those can be fun, but the more of that sort of thing you do, the more likely you can have a painful or deadly accident. Think about whether it’s worth it before you engage in these sorts of pastimes.

Some schools teach an abstinence-first sexual education approach. That works for some individuals, but not everyone. You’re only human, and at some point, you might submit to desire, even if you hadn’t planned on doing so going into the encounter.

There is nothing wrong with sex, but if you have many partners and don’t use protection, that’s a risky behavior as well. The more partners you have, and the more times you don’t use a condom or take other preventative measures, the more likely it is that you’ll contract an STD.

There are all sorts of STDs, like gonorrhea, chlamydia, and HIV. HIV causes AIDS, and while it’s not the certain death sentence that it once was, it’s still not something you want to contract.

If you use safer sex practices, you’re doing yourself a favor. You can avoid STDs and also pregnancy.

Gambling is another high-adrenaline activity, like the extreme sports we mentioned earlier. The adrenaline junkie might get their fix not by hopping on a motorcycle and taking off at ninety miles per hour, but instead at a poker or craps table.

Online casinos can be fun, but it’s a dangerous lifestyle as well if you allow it to take control of your life. It’s one thing to get yourself a scratch-off lottery ticket once per week. It’s quite another to spend your entire paycheck at your local casino’s blackjack table.

If you gamble, you need to do so according to the axiom that you’re only going to play with what you can afford to lose. That way, if you’re unlucky or you make some bad decisions, you’ll walk away with less money, but you won’t be in dire straits when you need to pay your rent, buy groceries, and so forth.

Some people also like to use recreational drugs. There’s isn’t necessarily anything wrong with that. Some drugs, like alcohol, are legal nationwide, while marijuana is legal in more states with each passing year.

If you drink a couple of beers on a Friday night to celebrate finishing a long, hard week, that’s probably not a bad thing. You might eat an edible or smoke a joint occasionally without any real repercussions.

There are some drugs, though, that you should never do, not even a single time. They’re too addictive, and since they’re also illegal, you’re risking jailtime when you buy them.

Crack, smack, and methamphetamine are all on that list. They’re what the US government calls Schedule 1 narcotics.

Even if you stick to legal drugs, like alcohol, you can always lose control and start using too much. If you reach the point where you’re drinking every day, you likely have a problem.

Some people know that they have alcoholics in their family or relatives who have problems with other drugs. Addiction often comes with a genetic element, so you should remember that and control your consumption carefully.

There are other dangerous lifestyles, and usually, when you start going down that path, you’ll be aware of it on some level. Try to step back from your life at those moments, see clearly what you’re doing, and modify your behavior accordingly.