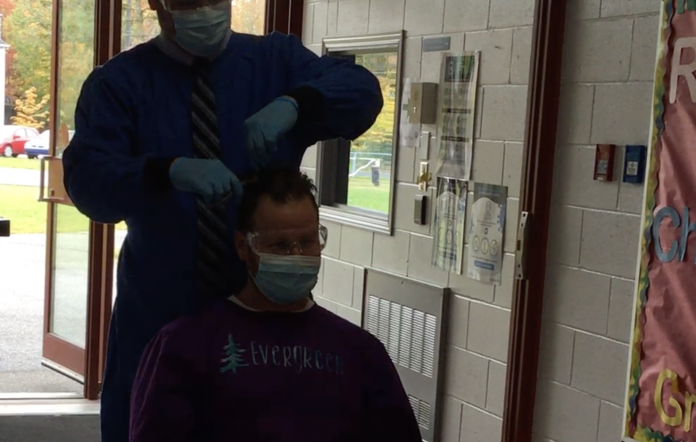 https://www.youtube.com/watch?v=uYnzmjpkhL8
Evergreen Elementary School in St. Lazare set out in 1992 to raise funds for the Terry Fox Run.  This year, the 29th year, saw the school’s total take push over $200,000 in total.
“Every year since the school opened in 1992 we have participated in the Terry Fox Run,” explained Isabelle Petterson, a teacher at Evergreen Elementary School in St. Lazare.  “This year as a school total since 1992 we were close to the $200 000 mark. This is no small feat considering we only house 325 students. Earlier this year we lost a long time staff member and Evergreen parent.”
This year the school dedicated this year’s run to her honour.
“We set an ambitious goal of 5640$ to reach the 200K milestone. Saturday afternoon before the run had even happened, we had surpassed our yearly goal, and reached a significant milestone for the foundation. We are recognized as one of the top schools in Canada and very close to the top in Quebec. This is quite an accomplishment in a Covid year no less.”
As a result of this great collective effort the school’s Phys Ed teacher, Mr. Steven Lipkowitz, known affectionately as “Mr. L” agreed to shave his head.
“Our principal, Mr. Lambert did the haircut,” Petterson shared.

Should you wish to boost these numbers, donations can be made here: