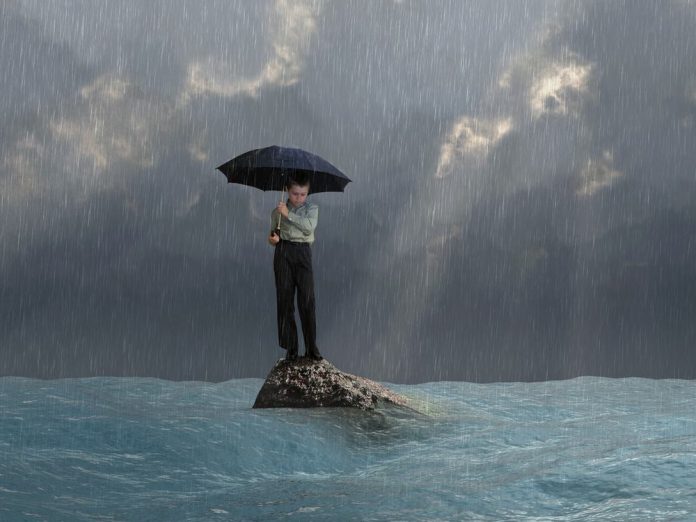 Several homes in Jean Marie River have been damaged by water and contaminated with fuel following the Mackenzie River flooding the Northwest Territories community on both Friday and Saturday nights, as per the community’s chief.

Chief Stanley Sanguez told the media the band office and the school, in the lower-lying downtown area, were also affected.

The community of fewer than 100 persons only has 26 homes in it, he claimed.

“The water went so high that it uprooted all the fuel tanks, you could literally smell diesel all over,” he explained. “The fuel that got into the houses is going to embed right in the lumber. It [doesn’t] matter how you wash it, you’ll still have that smell.”

When the water came Friday night, it came fast.

Sanguez said info had been distributed prior to the incident, instructing residents to prepare to evacuate upon hearing the first siren and to leave their homes when they heard it a second time.

However, when the second alarm sounded, water had already covered the community’s only access road.

Paul Simon, who resides in Yellowknife, but had returned to the place where he grew up for a spring hunt, said his parents and his younger brother “plowed through” water that was a foot-and-a-half deep.

People in SUVs got stuck and needed to be ferried to higher ground in canoes and boats, he said.

Sanguez said some persons lost their cars as a result.

“Nobody got hurt, which is good.”

Sanguez said cell service had been restored in Jean Marie River early Sunday afternoon, though they still did not have power due to the power plant being damaged by water and fuel.

Doug Prendergast, manager of communications for the Northwest Territories Power Corporation (NTPC said power to the community was intentionally turned off on Friday night.

“Initial estimates are that the water in the power plant rose as high as 40 [inches] at its peak,” he said in an email. “The community flooded again [Saturday night] and water levels were reportedly as high as they were during the initial flooding.”

Sanguez said the corporation brought a portable generator overnight from Fort Saint John, but still had not been able to set it up yet due to flooding.

Some of the community members have been able to travel to Ekali Lake, and others are camping on high ground, he added.

“They’re all getting burnt out, can’t sleep, we’re trying to encourage them to go to Fort Providence and move over there until we find out how to do this from here, because I think we’re here for the long haul.”

The airport is half underwater, Sanguez said, so persons would have to drive in their own personal cars, and access to fuel poses another challenge.

“The community’s senior administrative officer has already made trips to Fort Providence to get gas,” Sanguez said.

“I don’t know how … the government can really help us to get our community back in order here.”

The situation, said Sanguez, has been draining and emotional.

“I cry for them because it’s hurting me and my community, my membership here, big time,” he said. “Some of our community members are good but in the back of their minds I know they’re all hurting.”

Paul Simon estimates there was up to 2ft of water inside his parent’s house Friday night.

The clothes and furniture can be replaced, he said, but their family pictures are gone for good.

“Everything else, I could really care less, but those memories are irreplaceable on paper,” he said. “I’m emotional just thinking about it.

“My entire community was under water,” Paul said.

Water levels receded enough during the day Saturday that Simon was able to go back and survey the damage, and the big chunks of ice that the water had scattered throughout the community.

“My mom’s teepee is kind of iconic in town … the water was five feet up that teepee.”

Danny Beaulieu, the mayor of nearby Fort Providence, said his community might receive persons from Jean Marie River.

“[Municipal and Community Affairs] notified us and said if it’s OK with us, the community, that we bring the Jean Marie River people here and fill up the hotel here,” he said Sunday.

“I think there was enough room in the hotel to take everybody that needed to go, so that will probably happen today.”

Other communities in the Northwest Territories were additionally dealing with flooding situations Sunday, including Fort Simpson, which ordered a final evacuation about 3 p.m after water levels along the Mackenzie River there hit 15m.