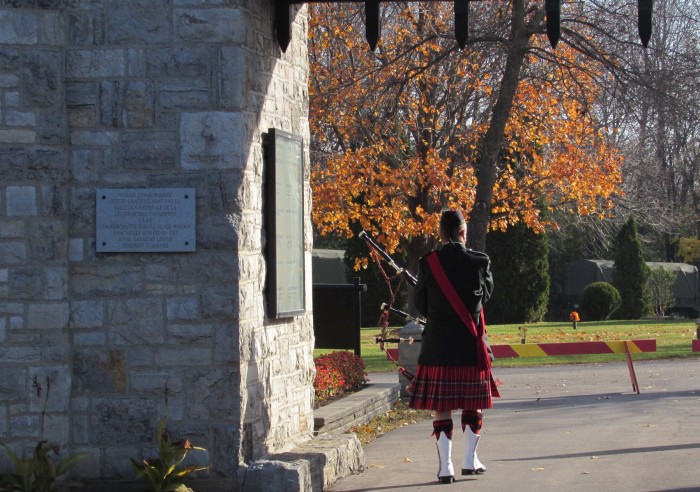 Pointe Claire will host a  commemorative celebration marking the 100th anniversary of the armistice on Sunday, November 4, 2018, starting at 9:20 a.m.“This year marks the 100th anniversary of the armistice of 1918, a pivotal moment in history when peace was restored in the world. This commemoration is our collective duty to respect and pay tribute the efforts of those who made the ultimate sacrifice in the name of freedom. It allows Canadians to recognize in a symbolic manner their contribution to the war effort so that we could live in peace,” stated Mayor Belvedere.

The commemorative celebration will begin with a parade and brass band at 9:20 a.m. on the corner of Hornell and Dieppe Avenues. The parade will proceed along Hornell, Saint-Louis, Maywood, and Douglas-Shand Avenues, ending at City Hall. The ceremony will be held at 10 a.m. at the cenotaph, the monument erected in memory of fallen soldiers, located behind City Hall. The flags will be flown at half-mast for the occasion, as well as on Remembrance Day on November 11.

While the parade is passing through the streets, traffic will be interrupted in the area as a safety precaution for the duration of the parade.

“City Council and I invite the entire Pointe-Claire community to join us and to wear a poppy for the occasion. It’s a symbol that says we remember those who died at war to defend the freedom that we enjoy every day of our lives,” added the mayor of Pointe-Claire.